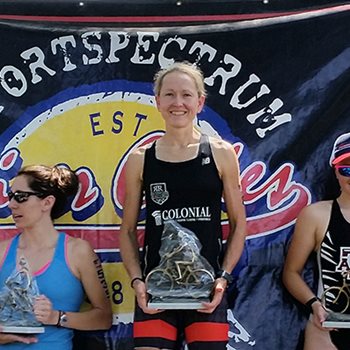 On Saturday, May 21, Miller placed sixth overall in the women's division at the eleventh annual Jemez Mountain Trail Runs' 50-mile race in Los Alamos, NM. The run includes stretches of extremely steep climbs and descents on very technical terrain at an altitude of more than 10,000 feet.

Miller placed second at the El Scorcho run at Trinity Park in Fort Worth, Texas on July 16 and 17. This year marked the tenth year of the annual run which began at 11 p.m. and lasted into the early morning hours.

On Sunday, August 7, Miller competed in the River Cities Triathlon in Benton, LA, where she won the women's championship. In a field of nearly 900 racers, it is a tremendous accomplishment.

Miller will be competing in the grueling 100 mile Leadville Trail 100, in Leadville, CO, on August, 20.

Miller won the Master's Division of the River Cities Triathlon in Benton, LA, on August 7. Former winners include Lance Armstrong and numerous other professional triathletes.

Miller will also be competing in the Leadville Trail 100 on August, 20. The 100 mile race covers extreme terrain in the Rocky Mountains, with elevations ranging from 9,200 to 12,600 feet.

Russell will be racing at the Ironman 70.3 World Championships on September 4! 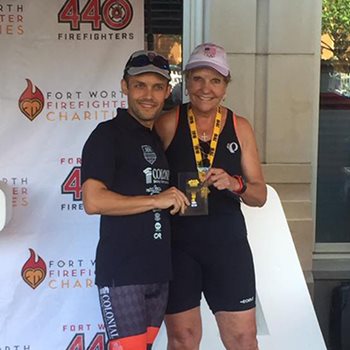 Grissom placed third overall at the Mayor's Triathlon held in Downtown Fort Worth on July, 10, 2016. The race consists of a 300-meter swim, 15-mile bike ride throughout Fort Worth and a challenging run.


© Copyright 1990- All Rights Reserved. Bank and mortgage rates and terms subject to change without notice. This is not an offer to extend consumer credit as defined by Section 1026.2 of Regulation Z.