Spending time with family and friends during the holidays is something many of us may take for granted. We have our holiday traditions, like dinner at grandma's or watching our favorite holiday films, but for the many men and women who are currently serving in the United States military, they are unable to be home for the holidays. They are stationed around the world on ships, bases and submarines, miles away from the ones they love. 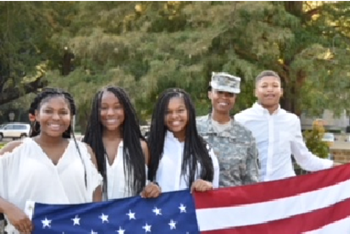 In keeping with a tradition that began last year, Colonial employees wanted to give a piece of home this holiday season to one of our Colonial family's loved ones while they are stationed abroad.

This year's recipient of holiday care packages was Kathleen Sharp, daughter of Laura Smith, a Senior Underwriter with Colonial.

Sharp, a doctor at Parkland Hospital in Dallas, is also a Major in the Texas Army Reserves. Sharp was called to duty on September 30 and has been deployed to Camp Lemonnier, Djibouti, Africa since. Being away from family is always difficult, but that is magnified when your loved one is away for the holidays.

Sharp has four children, two sets of twins, Cheyenne and Kaitlin, 13 and Maya and Aaron, 15.

"This is the first time my daughter has ever been away from us during holidays, we all miss her so much," said Smith. "However, with the goodness and love Colonial has provided her and her troops, it makes missing her a tiny bit better." 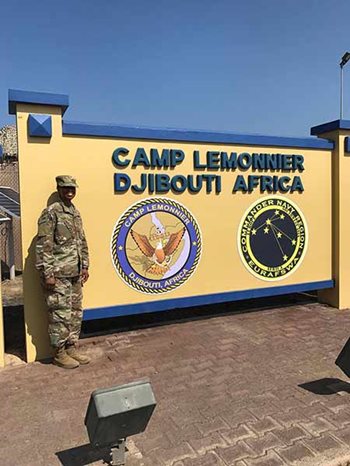 Sharp received care packages just in time for Christmas, each containing a special letter from Colonial along with a multitude of gifts and treats including snacks, baked goods, games, DVDs and hand-written notes form Colonial employees. She will share all of the donated treats with her fellow soldiers who will no doubt feel the joy Colonial has spread.

"It put a smile on everyone's faces and made their tummies happy," said Sharp. "They were greatly appreciated."

"Knowing my daughter and her troops were able to receive some comforts of home while away means so much to me, it truly warms my hearts," said Smith. "I thank you all for providing them with all the love."

The drive was organized by Colonial's Diversity and Inclusion Steering Committee who saw contributions from employees company-wide. We would like to say thank you to everyone who donated items to help spread a little holiday cheer to a soldier abroad.