A History of Colonial 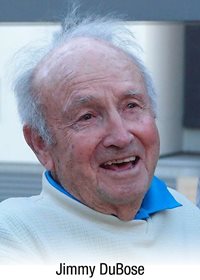 The story of Colonial Savings, F.A. is a profoundly American one. Returning from World War II, James S. DuBose founded Fort Worth Mortgage (now Colonial National Mortgage) in 1952 to provide residential home loans to the growing post-war communities of North Texas. What began as a two-person shop grew steadily over the next 20 years, fueled by DuBose's enthusiasm and relentless focus on one goal: To deliver the most competitive home loans with the most personal service.

In 1972, DuBose purchased Colonial Savings, a Savings & Loan located in Lewisville, Texas. He now had an expanded financial portfolio with which to operate and he took immediate action. After moving Colonial Savings to Fort Worth, he expanded the company to originate mortgages throughout the Southwest and beyond. At the same time, DuBose recognized the value of integrating the services he offered his customers. By offering banking and mortgages under one corporate roof, he gave his customers a more convenient method for handling their personal finances. The concept flourished.

In stark contrast to many financial institutions that failed during the 1980s, Colonial Savings thrived. Guided by a conservative approach and sound financial management, DuBose continued his focus on single-family home loans and personal banking services while others chased speculative opportunities. Colonial Savings emerged from the turbulent 80’s stronger than ever, making James S. DuBose a legend in the financial industry. 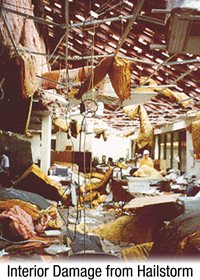 On Friday, May 5, 1995, one of the largest and most destructive hailstorms to ever hit the United States wreaked havoc on Colonial’s Corporate Headquarters. Hail was reported as large as five-inches in diameter, crashing through windows and causing catastrophic damage to large parts of the Colonial campus, as roofs were destroyed and the subsequent flooding destroyed computers and other equipment.

A handful of employees were still working at the time and luckily, were not seriously injured. Once the hail subsided, they immediately took action, unplugging electrical equipment while salvaging as much as they could. Shortly after the storm had passed, a group of employees and their families joined in on the effort, working throughout the night and through the weekend. What resulted was remarkable. Colonial didn’t skip a beat and was up-and-running on Monday morning, a shining example of Colonial’s resilience and dedication to their customers.

The 2008 housing crisis was a result of loose lending standards including subprime mortgage lending across the United States, triggering what would be known as the Great Recession in which hundreds of mortgage-related businesses closed for good.

Colonial’s sound lending practices, along with strong leadership, allowed them to not only remain open, but to flourish. Colonial prides itself on quality originations, adhering to their proven underwriting policies that have allowed them to ride out many uncertainties throughout the years. During this time, Colonial remained well ahead of the national average of foreclosure and loans in default, proving time and again that they were a bright spot in the lending community.

The Coronavirus Pandemic has caused major economic uncertainties in the United States and across the globe. At the onset of the pandemic, thousands of businesses across the country were forced to shut down and millions of Americans were out-of-work, causing a major disruption to the mortgage industry as people struggled to make their mortgage payments on time.

As a large mortgage servicer, Colonial not only had to adjust to a work-from-home environment, they had to ensure that thousands of their mortgage customers received quality customer service as they were out of work or furloughed. It was a hectic time, with Colonial extending their customer service hours to meet the demand or customers who needed to enter forbearance programs. They soldiered on, meeting those demands in-stride and continued to provide the award-winning customer service to their more than 130,000 customers. 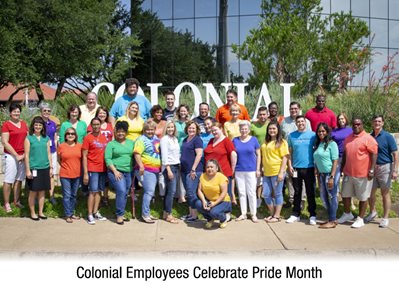 Today, the Colonial family of companies is a comprehensive, national financial corporation with more than 650 employees, offering personal and business banking solutions in North Texas and mortgage services in all 50 states. We are particularly proud of the long tenure of many of our employees, indicating Colonial as not just a great place to do business, but a great place to work as well.

With a mortgage servicing portfolio of approximately $26 Billion and total assets exceeding $1 Billion, Colonial is among the largest mortgage servicing companies in the country. The company is privately held - by choice - ensuring our focus remains on our customers and not the expectations of Wall Street.

In 2022, Colonial reaches an important milestone, celebrating 70-years of business. While so many things have changed over the past seven decades, one thing that still remains is Colonial’s dedication to deliver the most competitive home loans and full-service banking solutions with the most personal service to our customers. Still regarded as one of the most sound and stable financial institutions in the nation, Colonial’s core values of Empathy, Proficiency and Integrity are woven into the very fabric of the organization. Colonial has received numerous awards throughout the years, including recognition as one of the strongest financial institutions in the country, a number of mortgage servicing awards and accolades for being a great place to work.

Thank you to all our amazing employees, customers and community partners for allowing us to succeed over the past 70 years. We couldn’t have done it without you.